The parna-sala in which the picture of Baba was originally installed in 1942 is now a mandap with a concrete roofed prakaram with marble floorings. The marble statue of the deity, Sri Sai Baba was installed by Sri Sathya Sai Baba on the 26th day of February 1961. This was the first occasion on which Sathya Sai Baba was installing for daily worship an idol of Shirdi Sai Baba. The popularity of Sri Naga Sai began to spread far and wide and thousands began to visit the holy shrine.

A managing committee was first formed an the 3rd of October 1943 with Sri Narasimha swamiji as president and Cm. C. Varadarajah Ayyah as secretary. Later on 15th August 1944, this committee was dissolved and a public trust was formed consisting of 15 Trustees. C.Varadarajah Ayyah was the founder secretary of the public Trust till he passed away on 16th January 1966. 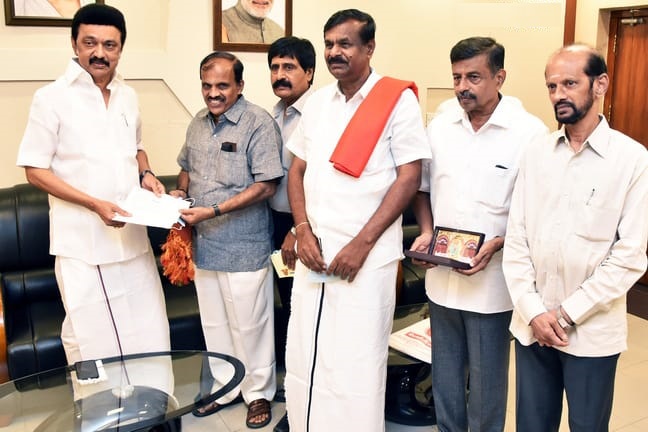 The Present Board of Trustees are :